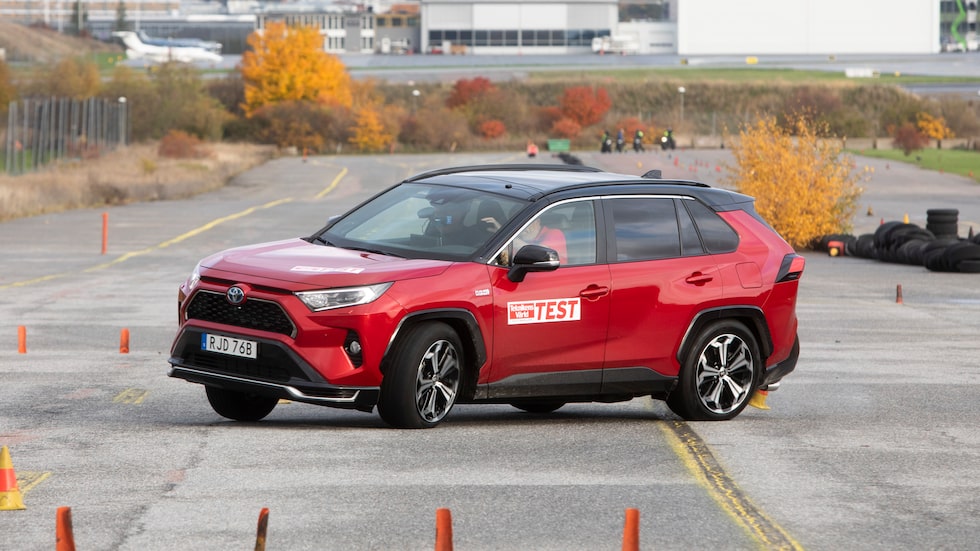 Ämnen i artikeln:  Toyota Toyota RAV4 moose test In English
After the brand new Toyota RAV4 Plug-in Hybrid failed the Swedish car magazine Teknikens Värld's well known maneuver test ”the moose test”, Toyota acted faster than last year when the regular RAV4 Hybrid failed in the same test. Back then it took them almost a year to upgrade the ESP system, or VSC as Toyota calls it.

What is Toyota doing about the problem this time?
– We have acted fast and developed an upgrade that will we available from January 2021. It will make the car cope the Teknikens Värld's moose test better.

What will happen to cars that are already delivered to customers?
– Customers who wish will have their cars upgraded free of charge.

What does the new update contain?
– It's a software upgrade for the VSC system, and a recommendation to have higher tyre pressure in the rear wheels when driving fully loaded.

And finally, what we all want to know: How could this happen… again?
– During the development work a great number of tests are done. Amongst them an avoidance maneuver test that is meant to be like Teknikens Värld's moose test. However, some discrepances can occur, but we always strive to make our testing procedures better.

Note: ESP system is the same as ESC, DSC or – as in the case of Toyota – VSC.