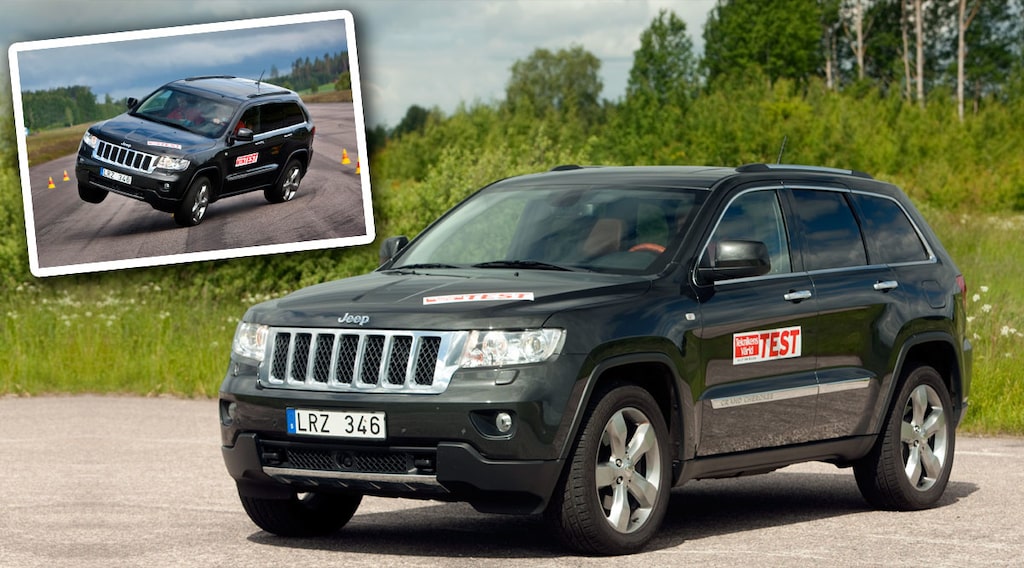 Teknikens Värld have tested cars since 1948. As the car became more common, and soon a property of every household, our tests became more investigatory. In the 1970s, we introduced what is popularly known as the moose test, an avoidance maneuver test that is run on a carefully set track (see graphics). It simulates an emergency situation on the road where an obstacle (such as a moose, a child, another vehicle or anything equivalent) suddenly appears in front of the car. A situation where the driver is forced to swerve onto the opposite side of the road and then back to the travel-direction side to avoid an accident.

Today, the moose test is used by many car manufacturers in the development of a new model.

Teknikens Värld moose tests hundreds of cars every year, which means that after almost 40 years of moose testing a huge amount of cars have passed our evasive maneuver test. With the today’s technology, such as electronic stability systems and in some cases anti-rollover systems, most cars perform good in our moose test. Sometimes cars do not perform good, as was the case of the Mercedes A-Class in 1997, the Toyota Hilux in 2007 (movie here), the Skoda Superb in 2010 and now – the Jeep Grand Cherokee.

The moose test with the Jeep Grand Cherokee was conducted – as always in the moose test – in accordance to the following parameters, to the smallest detail:

• The car is loaded according to the specification for the maximum load in the Swedish registration certificate, in other words, Jeep’s official weight data submitted to the Swedish authority Transportstyrelsen (Swedish Transport Agency). That means – in the case of Jeep Grand Cherokee – one driver plus four passengers and cargo in the form of sandbags in the trunk. The sandbags are restrained to the trunk's anchoring points and with the lowest possible centre of gravity.

• The car is tested with standard equipment tires. The car that Jeep has provided us with for the test, has ContinentalCross Contact factory installed tires in the dimension 265/50 R20. These tires are standard on all versions of the Grand Cherokee except for the entry-level version that has 18-inch wheels as standard and the SRT8 version, which has 295/45 R20 tires as standard.

• The tires are filled with the correct air pressure according to the manufacturer's instructions that can be found in the note on the B-pillar or in the car manual. The correct tire pressure for Jeep Grand Cherokee is 36 psi (250 kPa/2.5 kg) on all four tires. This is when the tires are cold. When the tires are warm, we always measures the tire pressure again and in this case it means from 39 to 41 psi (270-280 kPa/2.7-2.8 kg). Chrysler/Fiat confirmed that the air pressure information is correct.

• The car is always tested with all systems, such as chassis settings, air suspension and similar, in normal mode.

Then, in 2010, Skoda admitted that the Superb was certified with too low tire pressure and too high maximum load capacity, and then sent out new recommendations and vehicle information.

We used Volkswagen Touareg and Volvo XC90 as reference cars in this particular moose test. These two cars were also evasive maneuver tested, following the exact same principles as mentioned above: with full load, correct tire pressure and so on. Both the Touareg and the XC90 can handle about 43.5 mph (70 km/h) with no signs of roll over tendencies. The ESP systems work effectively in these cars, which is clearly noticeable in the evasive maneuvers. In the Jeep Grand Cherokee we notice almost no engagement at all from the ESP system.

Notably, the Jeep Grand Cherokee of the previous generation was moose tested by Teknikens Värld in 2005 and passed 42 mph (67 km/h) without any problems. It worked almost as well as the Volvo XC90, which was tested at the same time.

”The vehicle stability control system with integrated anti-roll system is not among the finest calibrated on the market. But the car does its job, it stops the rollover tendency, braking with the front wheels and understeers out of the track.”

It is thus obvious that the new Grand Cherokee lacks something that the previous generation had.

Here you can watch Teknikens Värld's video where the latest generation Jeep Grand Cherokee goes up on two wheels and almost rolls over.