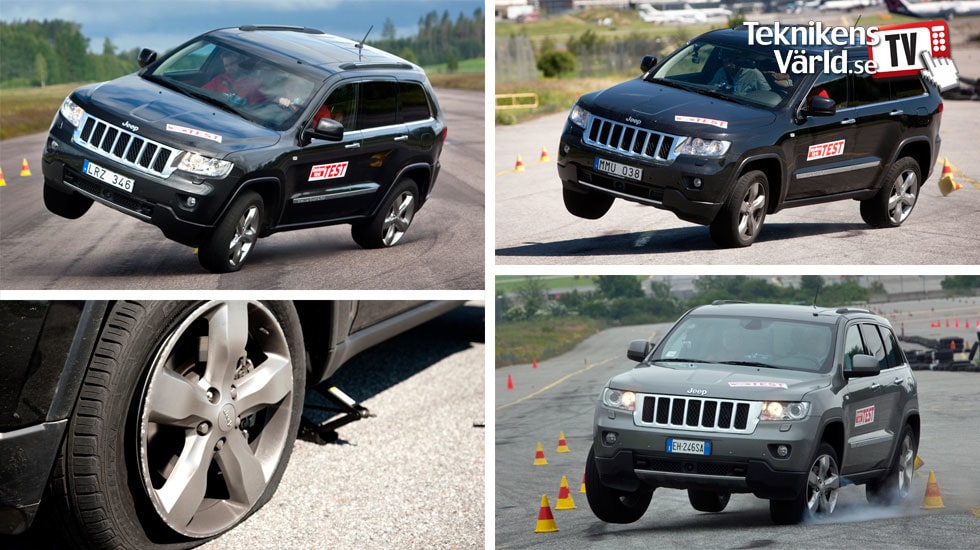 At the moment, more than 300 000 people have watched our first movie where the Jeep Grand Cherokee Overland 3.0 CRD V6 fails the moose test by going up on two wheels and is close to roll over.

The car was tested in the same way as thousands of other cars have been tested by Teknikens Värld over the years. Loaded (driver, passenger and anchored sandbags with a low center of gravity in the boot) in accordance to Jeep's specifications for maximum payload, the factory installed original tires filled with the amount of air pressure as specified by Jeep (also confirmed by Jeep/Chrysler) and all safety systems such as electronic stability control and anti-rollover system turned on. Jeep Grand Cherokee has air suspension and we put this in Auto mode, a setting that most Grand Cherokee owners use when they drive their car.

Everything was therefore completely by the book, just like an ordinary car owner would do, although the performance was very poor. Over and over again with three different Jeep Grand Cherokee - which you can see in the new film here.

Our recommendation is: Do not buy the Jeep Grand Cherokee until Jeep/Chrysler solved the problems.

Do not miss to read past articles about the Jeep Grand Cherokee moose test failure:

Contains all other specifications